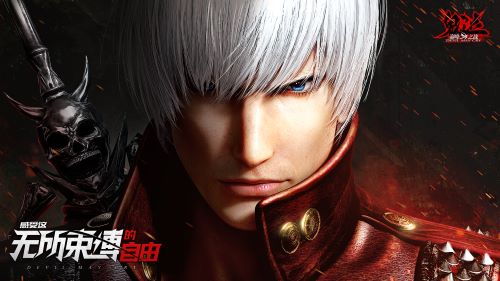 The Devil May Cry: Battle of the Top retains the features of flexible ability combination which requires both technical and strategic considerations during course of the game. The application of advanced motion capture technology realizes the immersive non-stop combo experience for the players and makes the combat system fascinating, dramatic and unrestrained. The Devil May Cry: Battle of the Top perfectly retains the fast-paced action gameplay and devilish combat from the original works and ported the distinguished core features of the Devil May Cry series, including airborne movements, flexible weapon switching, devil trigger system, ability chaining, non-stop combo, and the stylish ratings to mobile ends. The developers strive to offer players the smooth control, smart action feedback, and vivid immersion of fighting.

To maintain the tone of the Devil May Cry series’ world settings, the game production team has manage to bring the classic characters, scenes, weapons and bosses from the original works on PC and other consoles to mobile devices. The game developers also pursue excellence in graphic quality to present the mysterious, glorious and gloomy Gothic imagery of the Devil May Cry series. What’s more, there will be novel stories for the characters that has never been revealed before! 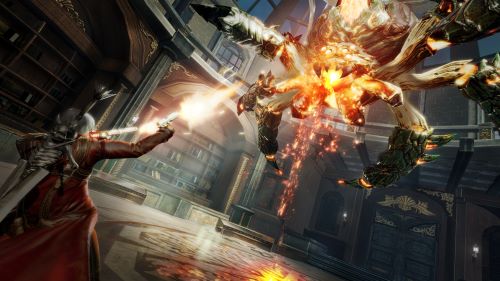 To ensure that the quality of the Devil May Cry: Battle of the Top meets the production standard of the Devil May Cry series, the proprietor CAPCOM oversees the development stage of the game, as well as provides guidance and assistance to the production team. The backstory of Devil May Cry: Battle of the Top follows the plot of the original works. The legendary dark knight Sparda fell in love with a human woman, Eva, and had twin half-blood sons, Vergil and Dante. However, when the twin brothers were very young, Sparda disappeared, leaving his wife and sons alone. Shortly after, Eva was killed in a demon attack. Dante escaped, believing his brother Vergil to had died as well. The twins separated and had opposite goals after the tragedy, prompting fights between the two. Dante opened a shop, working as a Devil Hunter to exterminate malevolent supernatural forces and protect others from the demons for a bounty, while Vergil sought for vengeance for the family and pursued greater power. Dante is the protagonist of the Devil May Cry franchise, with his iconic silver hair and stylish red coat. He is incredibly cocky, flippant and always willing to show off and taunt his enemies as often as he can. Yet Dante maintains strong sense of justice just like his father, and he can be fearless and reliable in dangerous situations. 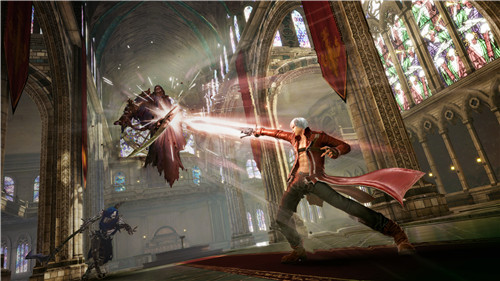 The Devil May Cry: Battle of the Top, like the Devil May Cry series, is a mission-based action role-playing game (ARPG). The gameplay design of The Devil May Cry: Battle of the Top encourages players to combat with in-game adversaries in a unrestrained and exciting way. The stylish rating system inspires players to combine the game control mechanisms, such as attack, dodge, high jump, airborne movement, defensive fightback and weapon switching freely to finish battles with higher rankings. Based on the heavy combo feature of the original works, the Devil May Cry: Battle of the Top developers improve and optimize some of the complicated gameplay controls and delivers the players a more user-friendly version of the combat system. Such combat system retains the key elements of the Devil May Cry battles including sliding kick, nimble dodge, airborne combats and devil trigger mechanisms. Some of the classic scenes, bosses and weapons will show up in the mobile game and echo with the original works. In the game test, the players can control Dante with his iconic blade Rebellion and the paired pistols Ebony and Ivory. In later version updates, more game characters and weapons will be available. 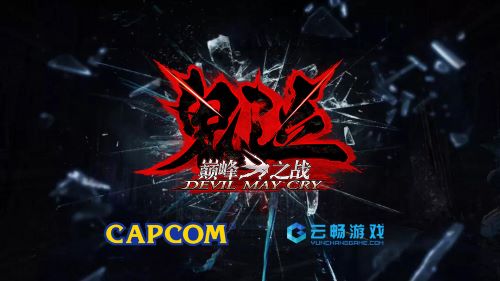 Game2Sky is a professional game developing and publishing company with successful development experiences of One Piece: Burning Will, Drawing Jianghu: The Degenerate 2, the Swordsman in Black and other famous title derived games. The Devil May Cry: Battle of the Top pools great effort made by Game2Sky and CAPCOM to ensure plot consistency and game quality. In pursuit of perfection, the game developers continuously optimizes game performances from various perspective. As longtime fans of the Devil May Cry series, the production team is working assiduously to offer the players satisfactory game experiences.